Steve Soffa:
“This all began with an heirloom photo showing a young couple, taken near the beginning of the 20th century. The children of the couple in the photo had met me at one of my exhibitions and wanted to design an heirloom that would memorialize their parents as they appeared in this photo. The only thing they still had was a photograph taken in the early 1900’s of their great grand parents.
To keep with the early 1900’s I designed a super thin, 18kt gold watch, with a 3D struck dial in 10kt gold, accompanied by a beautiful brown alligator strap.  I finished this masterpiece by engraving the case back, as this watch will be handed down for generations.” 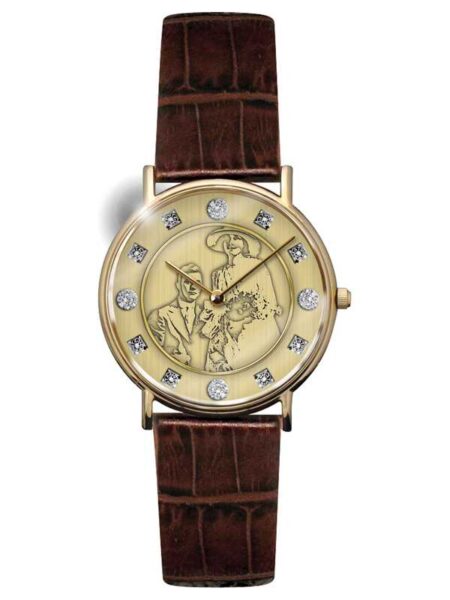